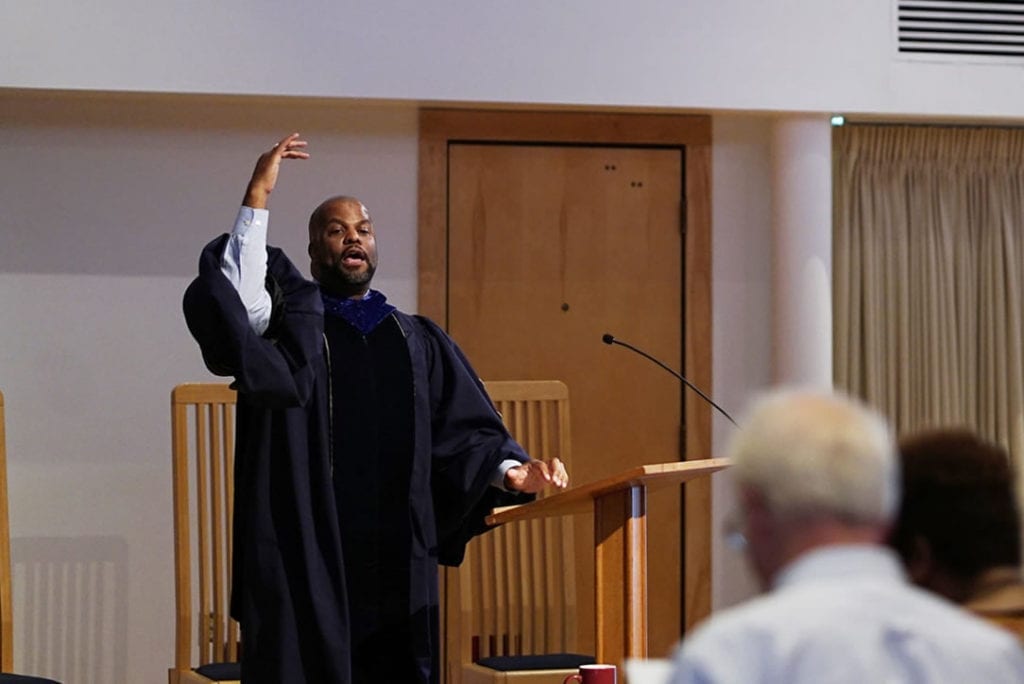 Trinity presents the annual Black History Month Lecture on Feb. 17 at 3:30 pm in the Van Namen Recital Hall. This year’s lecturer is Dr. Emmett Price, Professor of Worship, Church and Culture, Dean of Chapel, and Executive Director of the Institute for the Study of the Black Christian Experience at Gordon Conwell Theological Seminary.

Emmett G. Price III is one of the nation’s leading experts on Music of the African Diaspora, Christian Worship and the Black Christian Experience. He has spent much of the past few decades writing, lecturing and conducting cutting edge research on bridging the generational divide. A well-regarded scholar, educator and public speaker, Dr. Price has the unique ability to capture the hearts and minds of the most diverse and versatile audiences with his compassionate sense of humor, his amicable intellect and his quick wit. He is a noted print and broadcast media expert, as well as a widely sought after keynote speaker and preacher.

Born and raised in Los Angeles, California, Dr. Price received a B.A. in music from the University of California, Berkeley and earned both his M.A. and Ph.D. in music (ethnomusicology) from the University of Pittsburgh. He also obtained an M.A. in urban ministry leadership from Gordon-Conwell Theological Seminary. Currently, he serves as Professor of Worship, Church & Culture, Dean of the Chapel, and Founding Executive Director of the Institute for the Study of the Black Christian Experience (ISBCE) at Gordon-Conwell Theological Seminary. Prior to his current post, Dr. Price served on the faculty of Northeastern University (2001-2016) as associate professor of Music and chair of the Department of African American Studies (2008-2012).

He has served as visiting professor at Berklee College of Music, Andover Newton Theological School and Brandeis University. He is a former research fellow of the W.E.B. Du Bois Institute for African and African American Research at Harvard University and Northeastern University’s Center for the Study of Sport in Society, where he served as the lead scholar on the Rhythm & Flow Initiative – a research project studying the various intersections of music and sport.