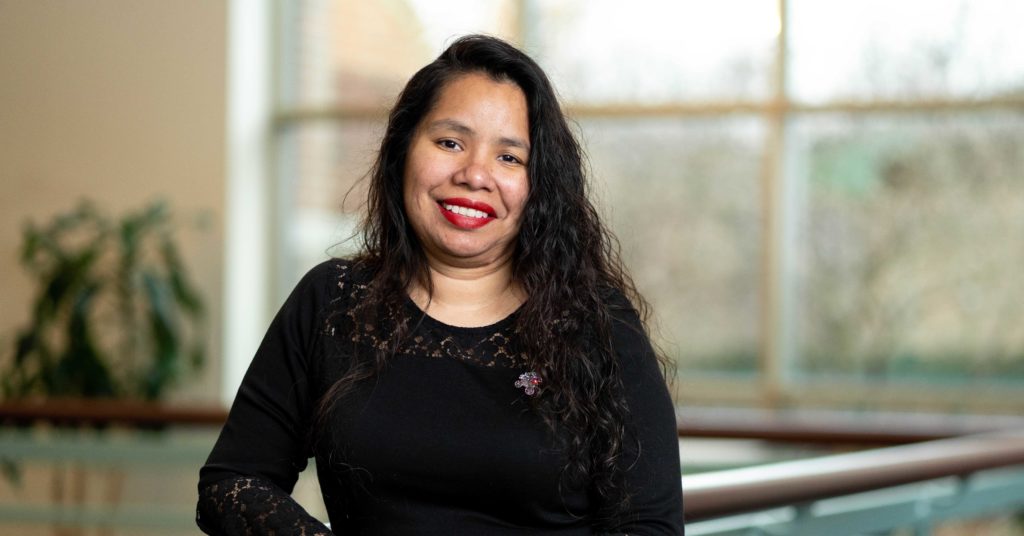 Alma Berrones had several important reasons to return to school to complete her college degree. One was to advance her career. Another was to set an example for her son. With those motivations guiding her journey, Berrones will graduate with her degree in Business Management from Trinity’s Adult Undergraduate Program this fall.

Berrones had already completed some of her college coursework at Kendall College, which was acquired by National Louis University. Then, her focus shifted to her family and career at Northern Trust Corp., where she is now senior account manager and 2nd vice president.

Yet she always wanted to complete her degree. She said one goal was to finish her education before her son finished his. “I wanted to graduate before he did!” said Berrones, who grew up in the Little Village neighborhood of Chicago and currently lives in Oak Lawn, Ill.  She also knew she needed a bachelor’s degree to reach her full potential in her profession. “I had been at my company for more than 15 years, and I was told I would be passed over for a promotion by someone I had trained, who had a degree,” she recalled. “That really pushed me to change my mind set and go back to school.”

Initially, Trinity wasn’t even on her radar. But when she was speaking with a colleague about returning to school, the colleague mentioned that her sister had gotten her degree through Trinity.  After doing some research, Berrones realized Trinity would be a good fit. Her boss was also very supportive, and helped guide her to through the company’s tuition reimbursement process. Trinity was also helpful in determining which of her credits would transfer.

The Trinity program also offers a good pace for working adults and has helped her meet both her work and family obligations. “It’s been a Godsend,” she said. Several Trinity professors and classes have been particularly impactful for Berrones. She pointed to Assistant Professor of Business Omar Sweiss as one. “His teaching style and how he handles the curriculum really resonates with my style of learning,” she said.

One of her most challenging courses involved a foundational religion class on biblical perspectives and Christian scriptures. “I grew up a devout Catholic, but I didn’t keep up with my Bible studies the way I should have,” she said. “I had to teach my brain to be more open to Christian studies. I was challenged by the class, but it was a good challenge.”

Initially, Berrones was concerned about returning to school in her late 30s. But she has enjoyed the experience of interacting with her younger classmates and believes it is helping her with her career as well. “From a management perspective, I need to understand what the younger people are doing, since they are the future of the workforce. It’s become a breath of fresh air.” 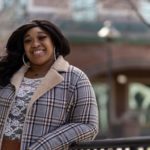