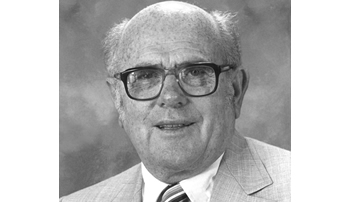 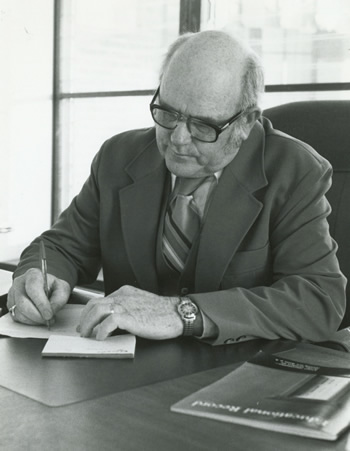 Trinity Christian College celebrates the life of Rev. Gerard Van Groningen as it also mourns the passing of its friend and former president. The College extends its sympathies to his family and to his son, Dr. Willis Van Groningen, Trinity’s chaplain and dean of spiritual formation. Van Groningen was 93.

“Dad was a large and powerful figure to many people. His legacy spans the globe,” wrote Chaplain Van Groningen to Trinity faculty and staff. “Mom celebrated her 90th birthday two weeks ago, which provided an occasion for all eight children, and the grandchildren and great grandchildren, to celebrate life together, even as we began to say farewell to Dad.”

Van Groningen served as Trinity’s president from 1980-84. During his presidency, Van Groningen used his experiences at Reformed institutions of higher learning nationally and internationally to articulate a distinctly Reformed worldview. Under his leadership, the business administration and computer science programs were strengthened and the Metropolitan Studies program (known today as Chicago Semester) experienced growth.

On two separate occasions, Van Groningen served as a seminary planter in Brazil and Latvia. He is the author of several books, including The Covenant Family and the three-volume From Creation to Consummation.

Visitation and a memorial service were held at Colonial Funeral Home in Orland Park. 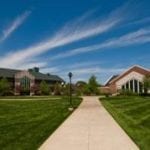