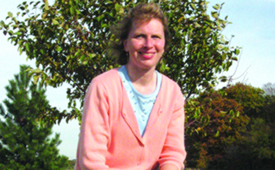 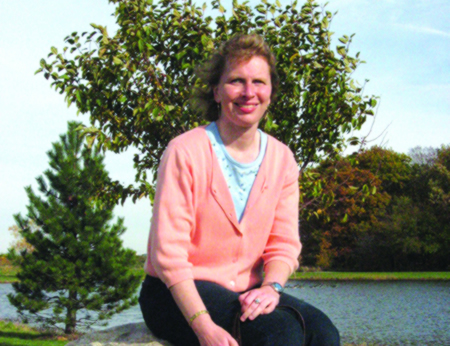 Kathy Nimmer ’91 has been named Indiana’s 2015 Teacher of the Year.

Nimmer is an English teacher at William Henry Harrison High School where she has been teaching for 22 years. The Trinity alumna is no stranger to honors and awards, being recognized for over 14 achievements, authoring two books, and inspiring her students to overcome their challenges as she has her own – blindness.

View the video of the surprise announcement

The Indiana Department of Education website states, “The Indiana Teachers of the Year (INTOY) are the voice of education throughout Indiana and the Nation. The INTOY award is a lifetime role in education, which has many opportunities to celebrate teaching and uplift the teaching profession.”

Nimmer graduated high school valedictorian from the Indiana School for the Blind in 1987, earned a bachelor’s in English Education from Trinity Christian College in 1991, and received a master’s in English from Purdue University in 1992. Her writing spans many genres, both published and unpublished, consisting of essays, anthologies, poetry, memoirs, and young adult novels. Nimmer is the author of Two Plus Four Equals One and Minutes in the Dark, Eternity in the Light. She also writes and edits the Harrison High School Newsletter and created the Elena Awards Poetry Contest in 2007.

The INTOY program began in 1957 as the oldest state program to honor excellence in teaching. Its mission is to build a community of teachers that allows opportunities for growth and which celebrates excellence.

The Indiana Teacher of the Year is chosen from current Indiana District Teachers of the Year by a selection committee of past winners of INTOY using a demanding application process. 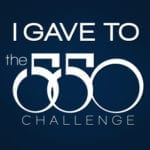 We did it! 550 Challenge Results are in…