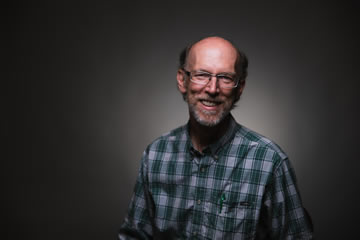 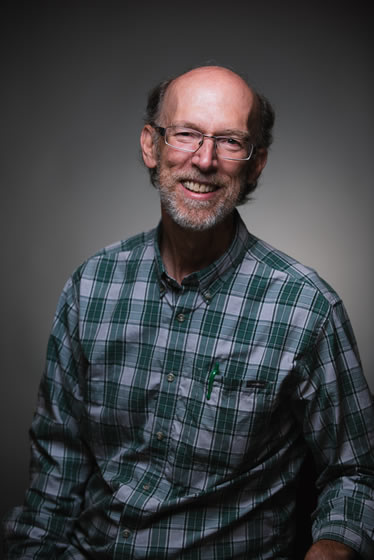 Dr. Michael Vander Weele ’73, professor of English, has been named Trinity’s Professor of the Year for 2017-18.

For Vander Weele, whose ties to the College stretch back to 1968, the award came as a delightful surprise. “In my own department alone, I see such strong teaching,” said Vander Weele, who believes the award could more accurately be named “One who loves this Christian learning community and is restless for its improvement.”

“We are so excited to present this award to Michael,” said Provost Aaron Kuecker, Ph.D.  “He embodies Trinity’s commitment to educating students to live with wisdom and to contribute in meaningful ways to the flourishing of their communities.”

Vander Weele’s curiosity and ability to keep learning exemplify his teaching, along with the depth and breadth of his discipline. During his sabbatical in 2016, he completed four articles, on Uwem Akpan, Dante, George Herbert, and Marilynne Robinson.

He is also always eager to foster connections and collaborations across disciplines. As one example, he recently worked with students in Trinity’s Student Entrepreneurship Club to sponsor a dunk tank at OPUS 2017 to raise funding to publish a book of student essays, Getting to Know Us: A Tasteful Diversity.

Vander Weele’s connection to Trinity began in 1968, when his father Ed became dean of students and an education professor. Vander Weele began his studies at the College the next year, graduating with an English degree in 1973. He went on to earn a Ph.D. from the University of Iowa. He returned to Trinity to teach in 1986, and he and his father spent several months together as colleagues. Vander Weele’s late wife Albertena ’74 also worked for Trinity as director of the Cooper Center, and their daughter Corenna graduated in 2007.

As 2017-18 professor of the year, Vander Weele will be honored at the May 6 commencement and offer the message at Trinity’s 59th Annual Convocation this fall.

“This award makes me think of all the great professors I had as a Trinity student, some of whom I had the privilege to work with as a colleague when I returned to Trinity thirteen years later.  Former profs Cal Seerveld and Gerda Bos were early mentors whose work prepared me well for graduate work at a Big Ten university one hundred times larger than Trinity.  While Cal and Gerda’s work was matchless, I had many other great profs.  C.T. McIntyre, for example, still teaching and doing research at the University of Toronto, may be the most inspiring lecturer I have ever heard.  We used to wring our hands out leaving his classes, exaggerating a little to show our respect and admiration for the notes we had taken.  What these Trinity profs had in common was the invitation to think with them about questions and issues larger than any one of us.  This shared endeavor may also have been the first time I could put flesh on the concept of “the communion of the saints.”

When I returned to teach at Trinity in 1986, one year had elapsed since Gerda’s retirement but it was her position I was asked to fill.  Looking back now, I’m amazed to see that stepping into her position links me to the founding of the College—one faculty line, 58 years, two full-time professors.  My other two English profs, Dan Diephouse and Grace Huisting, were great colleagues, Grace for a couple of years and Dan for a couple of decades.  He may have received the first Professor of the Year Award, and it was certainly well-deserved.  He served Trinity faithfully for 36 ½ years!  Virginia LaGrand was a treasured and trustworthy colleague.  Bent on justice, she was also the strongest encourager during Albertena’s and our family’s fourteen-year journey with breast cancer.  She also was a strong scholar, ranging from Daniel Defoe to Walker Percy, and spending every Thursday afternoon at Chicago’s famous Newberry Library.

The English Department I get to work with now is outstanding–Karen Dieleman, our Canadian department chair and scholar with whom I share an office suite and more ideas than with anyone else on campus; and Mark Jones, poet who is also well versed in Shakespeare and anime and jazz piano; and Erick Sierra, energetic teaching-with-technology guru, kick-boxer, and scholar of postcolonial and emergent literature.  I’m proud to be a piece of that segment of the Trinity mosaic, a mosaic which also includes sociologists and historians, philosophers and theologians, communication arts and business profs, artists and scientists who have stretched my thinking and encouraged my work.  The same thing is true for students, whose names are too many to list here, and for four great faculty secretaries I’ve had the privilege to work with, and for administrators and chaplains and student development folks, and for my family.  They have challenged and encouraged me more than they know. ” 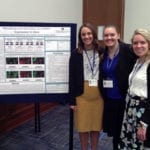