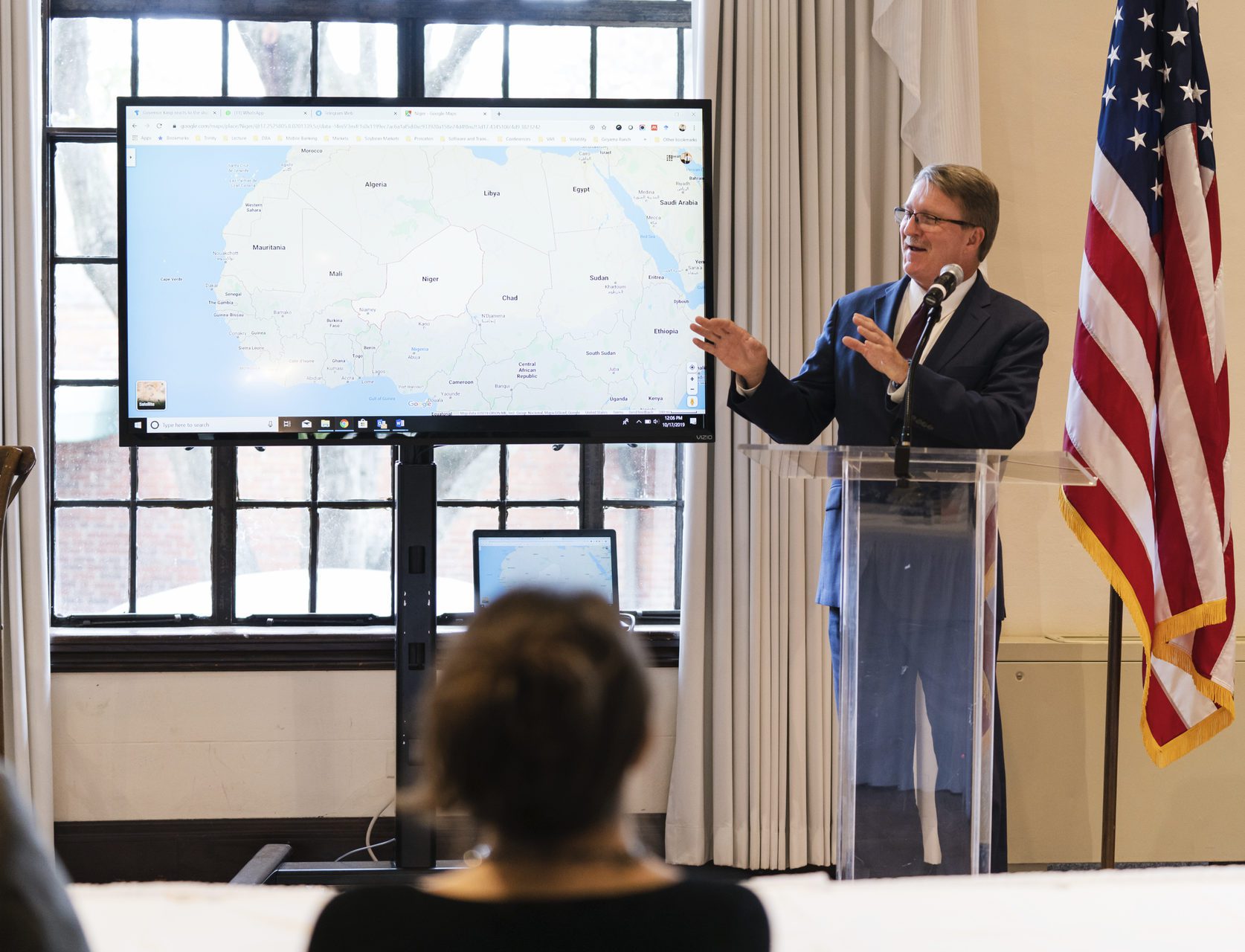 On Oct. 17, the Honorable Eric Whitaker, U.S. Ambassador to the Republic of Niger, visited campus and spoke at several events with students, the community, and faculty.

In a public discussion that took place at Fusion 59, Whitaker talked about a range of topics, such as the current state of affairs in Niger, which is located in West Africa. He also spoke about the United States’ goals in Niger, which he described as “A good country in a tough neighborhood.”

A career member of the U.S. Senior Foreign Service who became ambassador in 2017, Whitaker described his own career path, including serving in the Peace Corps in the Philippines. His previous roles in the Foreign Service include serving as Acting Deputy Assistant Secretary with East African Affairs, Sudan, and South Sudan, and Director of East African Affairs. Whitaker is originally from Dekalb, Ill., and has a BS in biology and an MS in community health education from the University of Illinois, a Master of Public Administration degree from the University of Pittsburgh, and a Master of Public Policy degree from the Wilson School at Princeton University.

Whitaker speaks Portuguese, Spanish, French, Visayan, and Korean as well as English and has received 11 Meritorious and Superior Honor Awards, as well as the Department of Defense Meritorious Civilian Honor Award.

Learn more about Ambassador Whitaker and the U.S. Embassy in Niger here. 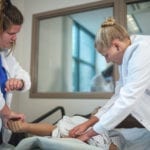