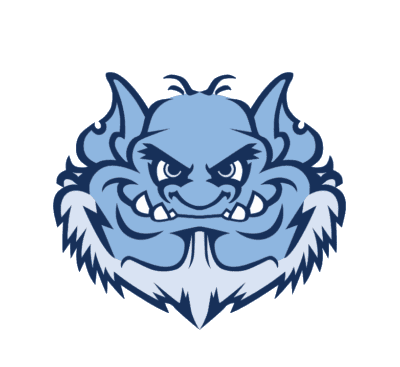 Troll athletes excel on and off the field, and the Athletics Department recently announced the winners of the annual awards that honor commitment, community, and caring.

The Rich Kooy Award recognizes a member of the Trinity community who contributed to the development of the Athletics Department. It is named in honor of mathematics professor Rich Kooy, who gave 27 years of service to Trinity Christian College, was a founding member of the Trinity Athletics Committee, and served as the faculty athletics representative.

Weik is the assistant women’s volleyball coach, as well as assistant director of Physical Plant. He has dedicated much of his time to the Athletics Department, and has been instrumental during the transition of head coaches for the women’s volleyball team. He also helps to make sure all 14 varsity sports teams on campus have everything they need in order to compete at the highest level.

Claudia Pareja ’20 has been named the winner of the inaugural “T” Award for the women.

The “T” Award goes to a female student-athlete who exemplifies what it means to be a Troll. They show dedication, initiative, motivation, and positive attitude towards Trinity Athletics.

There were four finalists for the award: softball players Parejaand Makayla Otto, women’s soccer player Nicole Faulkner and women’s volleyball player Juliana Dykstra. After votes were calculated from Instagram, Twitter and Facebook, Pareja was announced as the winner.

Pareja has made a huge impact on the Trinity campus since she arrived. She always has a smile on her face and is in the stands to support all sports teams. She also works in the Marketing & Communications Office, helping to create video content for the College.

Trinity Athletics has named Sam Herzog ’20 winner of the inaugural “T” Award for the men.

The “T” Award goes to a male student-athlete who exemplifies what it means to be a Troll. They show dedication, initiative, motivation and positive attitude towards Trinity Athletics.

There were four finalists for the award, including golfer Pete Vos, men’s basketball player Deantre DeYoung, baseball player Herzog and men’s soccer/baseball player Mike McIntyre. After votes were calculated from Instagram, Twitter, and Facebook, the winner of the award is baseball senior Herzog.

Herzog was a constant presence in the Trinity community. Not only was he a member of the baseball team, but he worked game staff, working many of the Trinity’s athletic events. Even when he wasn’t competing or working, he was always there to support his fellow Trolls.

Trinity Athletics has named Dani Van Laten ’20 the winner of the Liz Metcalfe Memorial Award for the 2019-20 academic year.

The Metcalfe Award is given to a graduating female student-athlete who exemplifies what it means to play as a Christian student-athlete. They have to encompass outstanding athletic ability, academic achievement, and community involvement.

Van Laten has accomplished all of those things during her time as a Troll. She was a member of the volleyball team for four seasons, serving as the starting setter for three of those seasons. She accumulated 4,271 assists and 1,581 digs across 560 sets for her career, which puts her in the top 10 in Trinity’s record books.

For her academics, she received NAIA, NCCAA and CCAC Scholar-Athlete recognition. She maintained above a 3.5 GPA as an elementary education major. In her community, she was heavily involved in service initiatives with her team, working with Feed My Starving Children and other local organizations. She also went on a service trip to New Mexico and helped coach at a local volleyball club.

The Keith Albers Memorial Award goes to a graduating male student-athlete who exemplifies what it means to be a Christian student-athlete. They have to encompass outstanding athletic ability, academic achievement, and community involvement.

VanOverloop has excelled in all of these areas during his four years as a Troll. For the cross country team, he was one of their top three runners this year. He had his career-best time in an 8k race at the Fighting Bee Invitational on October 12. He also helped his team to a fourth-place finish at the CCAC Championships, which was their best finish during his four years on the team.

For track, he helped in various relays and in javelin. The outdoor season was cancelled for 2020 due to COVID-19, but he helped his team tremendously throughout his career. He is a CCAC All-Conference selection for both the indoor and outdoor seasons in 2019, and helped his team to fifth-place finishes in 2019 and 2020. He also served as a team captain for two and a half years.

In the classroom, VanOverloop earned CCAC, NCCAA, and NAIA Scholar-Athlete recognition. He maintained above a 3.5 GPA as a mathematics and middle grades education major.

He is heavily involved in his community. He is a member of ALPS and student government on campus. He also took a mission trip to Costa Rica.

Trinity Athletics thanks all of our award recipients for all they have given to the College and the community. To watch video presentations of each award winner, visit the Athletics Department Facebook page. 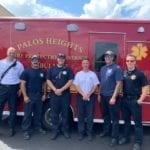