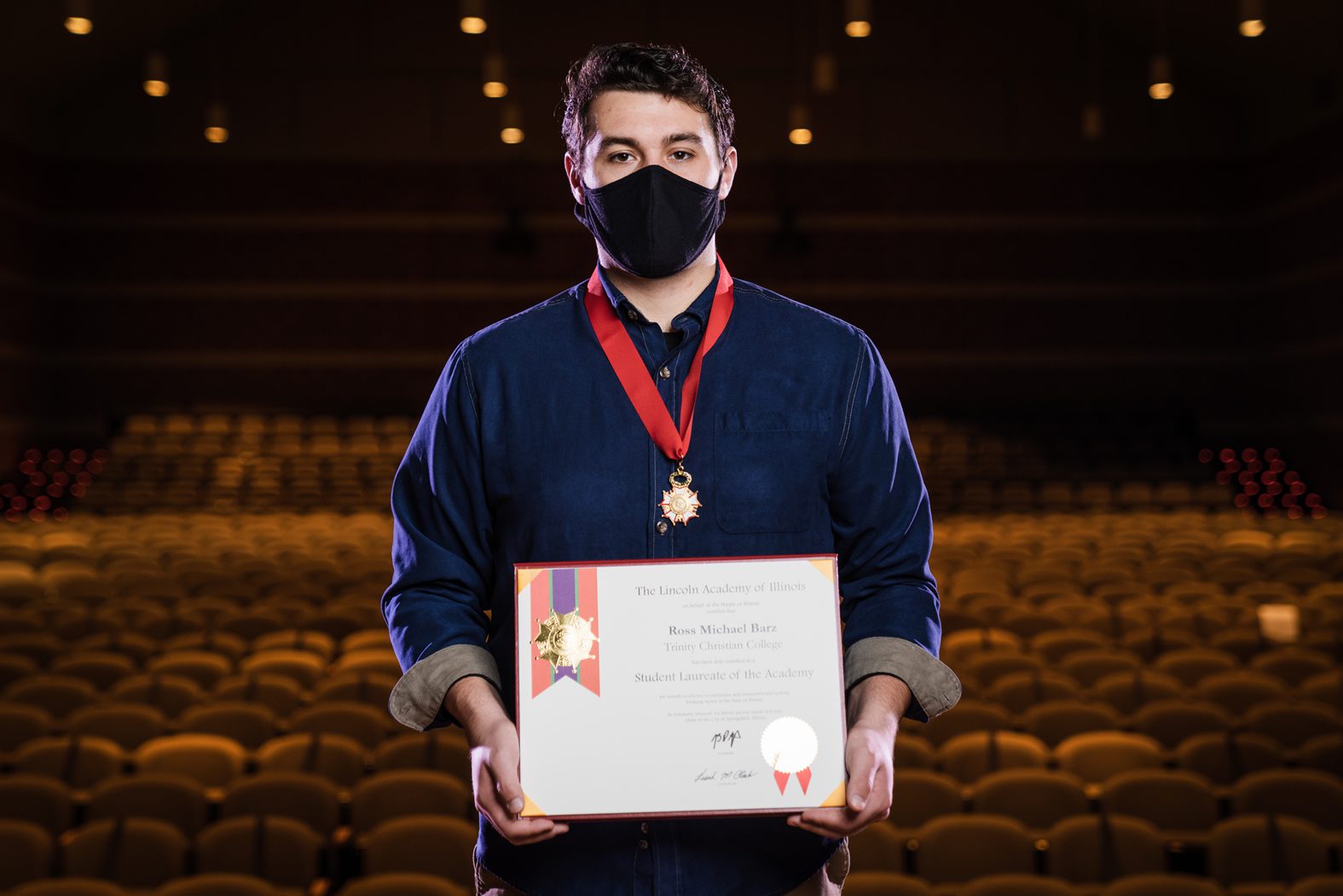 Trinity is pleased to announce that Ross Barz ‘21 has been named Trinity’s 2020  Lincoln Laureate. Barz will be honored in a virtual ceremony by Illinois Gov. J.B. Pritzker.

Barz, a biochemistry and molecular biology major, said he was grateful and appreciative when Professor of Communication Arts Craig Mattson, Ph.D., told him he was this year’s recipient. “I knew it was a high honor,” he said. “It means even more that it was created in honor of Abraham Lincoln.”

A native of Holland, Mich., Barz has taken on many roles at Trinity. He is serving his second year as President of the Trinity Student Government Association and is a two-time Thrive Student Intern. Barz also leads campus worship as a campus ministry leadership team member and is part of Trinity’s track and field team.

Along with his activities, he works as a direct support professional with Bethshan Association in Palos Heights, where he provides care and follows the behavior program for residents with intellectual disabilities. Barz is also a student intern with Applied Occupational Care, Inc., in Chicago, where his duties include developing articles for users of a daily COVID-19 symptom screening application.

Trinity’s nominating committee praised Barz’s integrity and leadership. “His warm, affable presence is known by everyone. However, while warm and affable, Ross is also convicted and compassionate. He has promoted voter registration throughout campus. He works as a direct support professional at a local home for residents with intellectual disabilities. He promotes involvement and raises up new leaders. Ross’ engagement in the classroom, his friendship toward his peers and his voice in the community demonstrate a commitment to the betterment of humanity that is simply outstanding.”

Barz plans to attend medical school after graduating in May. As part of his interest in medicine, he took part in the Global Medical Fellowship in Athens, Greece, in 2019. 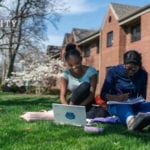