Congratulations to Prof. of Education Bill Boerman-Cornell, Ph.D., on the publication of his new book, Using Graphic Novels in the English Language Arts Classroom.

According to Boerman-Cornell, graphic novels can be used in teaching English for more than just getting students’ attention and interest. “They can be used to helps students identify themes in literature (drawing on images as well as text), to analyze story structure (especially in contrast with regular text books. ) They can be used to learn literary interpretation. Contrasting a graphic novel’s adaptation of a book like To Kill a Mockingbird or King Lear can help students learn of the affordances and constraints of different formats,” he said. “And, learning to read graphic novels prepares students effectively for learning to get information form internet sources that communicate multimodally – using both images and text and the interplay between the two of them. Also, they are fun to read.”

For Boerman-Cornell, his love of reading graphic novels goes back to his childhood, when he discovered his cousin’s stash of comic books. “I read through them thoroughly – some old Marvel superhero books, Carl Barks’ run on Donald Duck, and a bunch of Classic Comics – Moby Dick, Ivanhoe, that sort of thing. My aunt noticed and for my birthday took me to a comic book store and gave me a $20 bill to spend as I wanted.”

Over the years, his love of reading comics expanded to include a love of reading anything. After majoring in English in college and working as an editor and writer, he went back to school and found himself teaching high school English. “I loved doing that, but noticed that some of the most intense conversations about reading that I heard were not in my classroom, but in the hallways, with kids talking about connections between Neil Gaiman’s Sandman and Shakespeare’s Midsummer Night’s Dream.”

When he began his Ph.D., Art Spiegelman’s Maus had recently won the Pulitzer prize. “A lot of creators were using the graphic novel format to tell all sorts of stories: memoirs, non-fiction, realistic and fantasy novels, and a lot of graphic novels for kids. So, I ended up focusing my Ph.D. on ways to use graphic novels to effectively teach high school history. I have been researching how to use graphic novels in the classroom ever since.”

This is the second book Boerman-Cornell and Kim have collaborated on. In 2017, he, Kim and another graduate school colleague Michael Manderino wrote Graphic Novels in High School and Middle School Classrooms: A Disciplinary Literacies Approach. “That book was published by Rowman and Littlefield, a small academic publisher. It partly targeted an audience of researchers and argued that graphic novels offered a useful tool for reaching learning goals within each of the academic disciplines,” he said. “In history class, for example, it is important to get students to learn to recognize bias and perspective in primary source documents. Traditional textbooks, because they are printed with solid columns of Times New Roman Type and black and white documentary photographs, often seem like they are a purely objective summary of a particular historical event. Students are often reluctant to critique or question such a impressive looking book. A graphic novel like the award winning biography of U.S. Representative John Lewis, March, because it is presented in a format that appears less formal, is easier for students to question and interrogate.”

That book did reasonably well, he said. “But when my co-authors and I were speaking at conferences, we kept getting requests from English teachers for something that was directed specifically toward their subject area.” Manderino had just left Northern Illinois University to take a job as assistant superintendent of Curriculum and Instruction for Leyden High School. “But Dr. Jung Kim, a professor of literacy at Lewis University and I did some brainstorming and submitted a proposal to Bloomsbury and they accepted it.

“Then it just took a year or so of writing, timed with a wonderful sabbatical from Trinity for me, and we were able to pull it together,” he said. 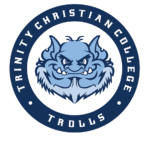 Athletics Hall of Fame to Welcome New Class for 2020-21