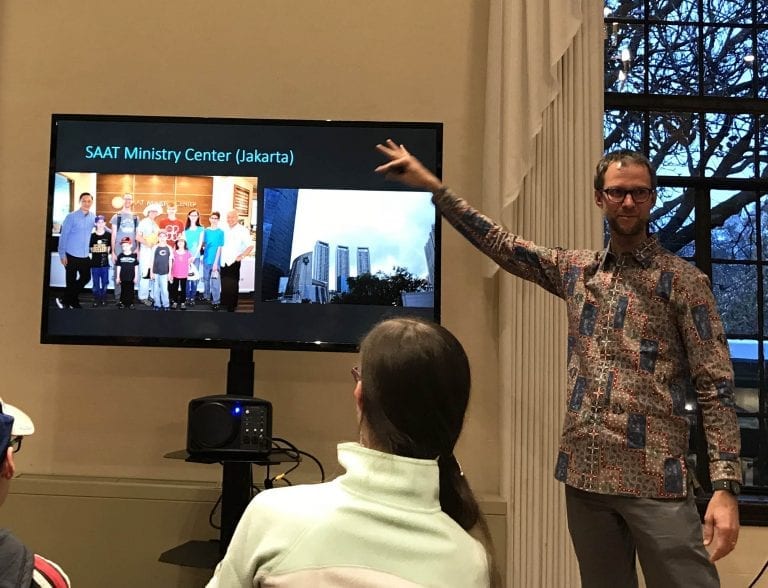 Over the years, Trinity has been blessed to develop strong ties to Indonesia, including a Memorandum of Understanding with South-East Asia Bible Seminary Malang, known as Seminari Alkitab Asia Tenggara (SAAT), which Trinity President Kurt D. Dykstra, J.D., and SAAT President Martus Adinugraha Maleachi, Ph.D., signed in May.

In a forum on Nov. 15, faculty, staff, and a student shared their recent experiences in the Southeast Asian nation. Throughout the presentations, speakers repeatedly mentioned the role of Trinity’s Professor of Theology Yudha Thianto, Ph.D., a native of Indonesia, who has faithfully nurtured and expanded these ties.

Dr. Bill Van Groningen, Trinity’s Chaplain and Dean of Spiritual Formation, and his wife Connie Van Groningen, Administrative Coordinator for the Nursing Department, discussed the 10 days they spent in Indonesia doing service work and speaking engagements in May and June this year. “It’s a very welcoming place, and Indonesians are so very accommodating,” said Connie. Said Pastor Bill, “God is doing good work there.”

Next, Hannah Slager ’21 spoke about the month she spent in Indonesia over the summer. During her time there, she taught English and science in two elementary schools. One was very affluent and Westernized, while the other was rural with fewer resources. While there, Slager realized the importance of flexibility. She began her teaching without knowing anything about her students, amid constantly shifting schedules. “The students were so eager to learn and so generous and hospitable,” said Slager.

Jeanine Mozie, Trinity’s Director of Admissions Operations, then discussed her trip to Indonesia this month. “In 10 days, I visited eight schools in two cities and presented to well over 700 students,” she said. Mozie also spent time with the families of several current Trinity students.

Professor of Music Mark Peters, Ph.D., also spoke about his sabbatical in Indonesia during the spring of 2018, where he served as visiting professor at SAAT.

“It all began in 2016, when Yudha asked if I would like to go to Indonesia,” said Peters, who blogged about his experiences. Peters went for a short trip that year, and began laying the groundwork for his sabbatical then.

Peters also shared parts of a presentation that his children prepared about their own experiences in Indonesia. Peters reflected on his time teaching four courses at SAAT and the relationships the family forged at Wesley International School where his wife, Candace, who serves as staff accompanist for Trinity’s Music Department, taught. He also described his time teaching at SAAT Ministry Center in Jakarta and attending church at Malang English Service, as well as lecturing in North Sumatra.

“There is a strong relationship between Trinity and SAAT,” said Peters. “SAAT is a special place.” 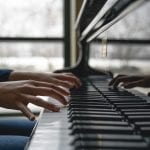