The Passing of Dr. George DeJong, the End of an Era

Home // News Stories // The Passing of Dr. George DeJong, the End of an Era 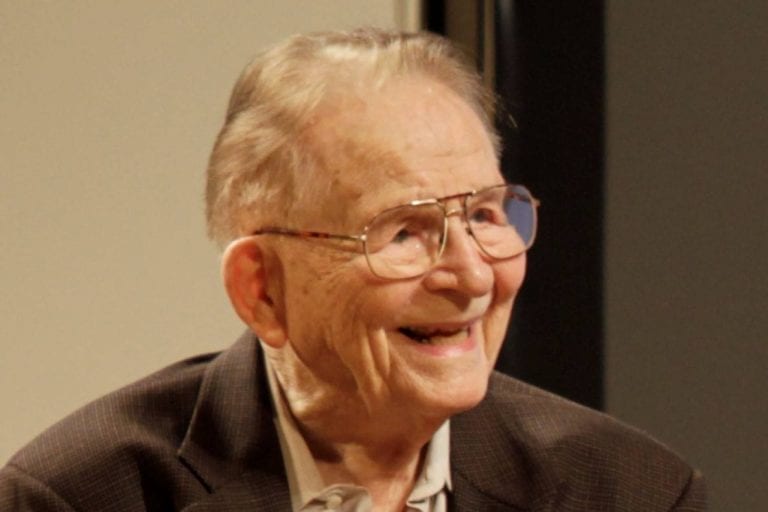 These are a few of the many words that have been used to describe Dr. George DeJong, who passed into eternity on Sunday, April 8 at the age of 100. He was the last living Founder of Trinity Christian College, which was established in 1959.

“Dr. DeJong, a physician, was one of the young entrepreneurs who over sixty years ago had a vision to start a Christian college in the Chicago area and made good on that dream,” said Trinity President Kurt D. Dykstra. “One by one, our Founders have passed into glory until Dr. DeJong was the last of that league remaining on this earth. With his passing, an important chapter of Trinity’s history comes to a close. We mourn his passing and thank God for Dr. DeJong and all our Founders as we honor their legacy this day.”

A long-time resident of Palos Heights, Ill., and a resident of Smith Crossing Continuing Care Retirement Community in Orland Park, Ill., since 2004, as well as a veteran of World War II, DeJong was affectionately remembered by members of the Trinity community.

“He was a very wise, reasonable man,” recalled Dr. Cal Seerveld, one of Trinity’s first faculty members. “He had a seasoned mind, and he really helped us chart the course of the College. He loved Trinity very much.”

DeJong was always calmly steadfast in his deep care for the College, said English Professor Dr. Michael VanderWeele. “Dr. George didn’t seem like one of the brash upstarts that I picture when I try to imagine our Founders in their early 30s or even late 20s thinking seriously about bringing a place like Trinity Christian College out into the world. In some ways, he seemed too quiet to be revolutionary, with those thick glasses and gentle demeanor. But he kept making himself available to God and others, encouraging our faithfulness. His message to us was simple, yet profound: Be faithful.”

Dr. Louis Sytsma, Professor Emeritus of Chemistry, knew DeJong in his roles as both a doctor and faithful Founder of the College. “My memories of Dr. DeJong go way back to the early 1950s in the Englewood neighborhood of Chicago when I was a boy,” he said. “I somehow managed to get a sliver under a fingernail, which hurt a lot. My parents took me at some off-hour to see him to get it removed. But he was kind, compassionate, devout, and uncomplaining.”

Sytsma said that DeJong advocated for Trinity and was one of its biggest supporters over the years. “I would often see George at church and he would always ask how things were going at Trinity. He genuinely cared. I even recall a time around 1990 when he and his wife attended a meeting of many area residents at Palos Heights City Hall where they showed support for the College among many Navajo Hills subdivision residents, who were voicing opposition to baseball diamonds being installed at Trinity. He never lost enthusiasm about Trinity’s ongoing activities and direction, even up until his passing.”

Besides being an esteemed Founder of the College, DeJong served on its Board of Trustees between 1956-1958, holding the position of Vice President in his last year of service. During those formative years, the Board of Trustees made decisions that set a direction for the College and its inaugural class of students in 1959. This included acquiring Trinity’s current site location at the former Navajo Hills Golf and Country Club, establishing by-laws, hiring faculty, and overseeing the development of curriculum. He remained dedicated to the College through his work as a member of the Board of Curators from 1960-76.

VanderWeele said DeJong shared the large ambition that Trinity should learn from as well as contribute to the City of Chicago, beginning with its other educational institutions. “But the note he sounded most was to be faithful in our teaching and learning. Among many things, I will remember Dr. DeJong most for showing up, always making himself available to God and others, and encouraging a faithful vision,” he said.

DeJong was featured in a recent article that ran in Chicago’s Daily Southtown newspaper on Oct. 23, 2017, entitled, “The things you remember: Centenarians share what it’s like to be 100.” The quote that he shared truly echoes through the Trinity campus as a testament to the years he committed so beautifully to the institution. DeJong said, “Life is too complex. The most important thing in my life is my relationship to my God. True happiness comes from doing for others, and doing for others simply because that’s what you want to do, not because you’ll be rewarded for it.”

Trinity was the recipient of the rewards brought forth by DeJong’s passion for Christian higher education and his keen wisdom in birthing a college in Chicagoland with a motto: “We Praise You, God, Three In One.”

Dykstra summed up Trinity’s feelings about the loss of DeJong. “As with the death of every Christian, sorrow is mixed with celebration. We who knew him – many in the current Trinity community knew him well and I had the privilege of calling him a friend – mourn his passing. But, even in that pain, we rejoice in his heavenly entrance and eternal life. He was a kind, generous, and faithful man. He loved his family dearly and he cared for this College throughout his life. He will be missed.”

DeJong’s visitation will be held at Colonial Chapel on Wednesday, April 11 from 3 pm – 8 pm and his funeral service will be at the Palos Heights Christian Reformed Church on Thursday, April 12 at 11 am. 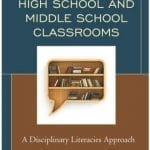