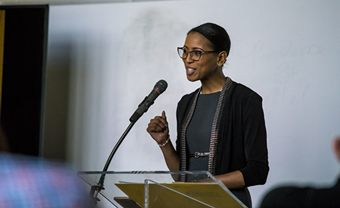 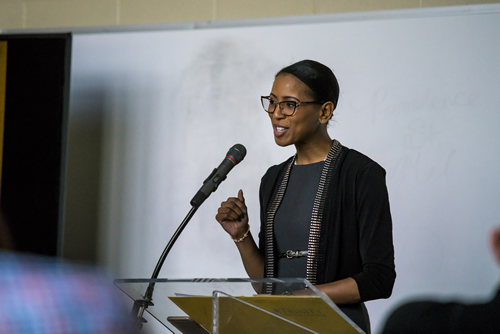 In 1906, Bousfield became the first African-American woman to graduate from the University of Illinois at Urbana-Champaign. Bousfield went on to achieve many other firsts, including serving as Chicago’s first black high school principal. Her ground-breaking career came decades before the pioneering work that Johnson, Vaughan, and Jackson did for NASA in the 1960s—remarkable achievements that are only becoming widely known thanks to the recently released Oscar-nominated film “Hidden Figures.”

Bousfield’s story, and the story of other African-American women like her, was the subject of Trinity’s recent Annual Black History Month Lecture, given by Tamara L. Hoff, Ph.D., an adjunct professor at the College. Hoff spoke on “Uncovering ‘Hidden Figures’: Black Women in Higher Education.”

While Bousfield went on to have a storied career as an educator, her dream was originally to be an astronomer, Hoff said. However, one of her professors at the University of Illinois discouraged her from that career path. According to that professor, there were only three female astronomers in the United States at that time and they were all white. He encouraged Bousfield to become a mathematics teacher instead, a path she decided to pursue.

In her lecture, Hoff described the challenges and successes of African-American women seeking to pursue degrees of higher learning such as Bousfield, Lucy Stanton, and Eslanda Goode Robeson. Hoff offered insights into what it was like for black women to attend historically black colleges, as well predominantly white institutions, in the 19th and 20th centuries. She also described the role that black sororities Alpha Kappa Alpha, Delta Sigma Theta, Zeta Phi Beta, and Sigma Gamma Rho played in offering academic, social, and professional support.

Many of the stories of these extraordinary women have been lost or untold, although Bousfield was recently honored by her alma mater when the University of Illinois opened Bousfield Hall in 2013. “Knowing our history gives us a sense of pride,” Hoff said. “And black history is American history.” 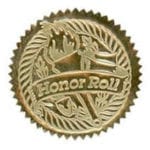