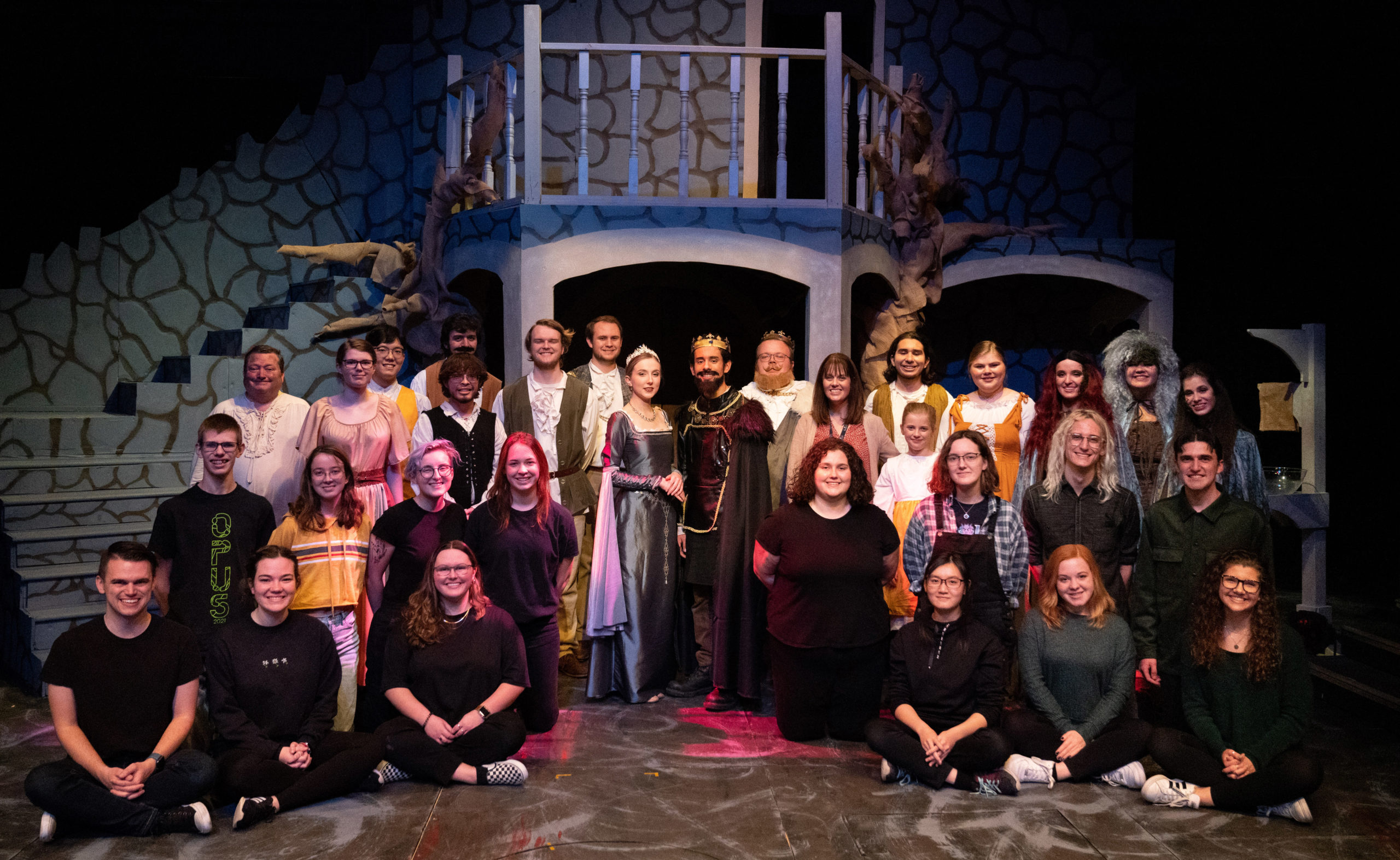 The skin-tingling and electrifying play was a 90-minute version of “Macbeth,” directed by Professor Kim Darling. She had worked on the original script over the summer, carefully scrutinizing each line, making sure that all the key parts were still included, but still made sense. “This was the first time performing Shakespeare for most of the actors, so I wanted to keep the script manageable for only nine weeks of rehearsal,” said Darling. “I also wanted to provide a reasonable run time for an audience who hasn’t been to live theatre in nearly two years.”

“I have a deep love and appreciation for Shakespeare and “Macbeth” has many scenes and lines that are part of our present-day culture,” said Darling. She loved the fact that the play, despite being over 400 years old, still held great relevance to people’s lives today. “We see images of violence and death almost daily, and we wonder why? Who is to blame? Shakespeare’s most direct and action-packed play speaks eloquently to the cause and consequence of sin, the importance of a higher purpose, and the choices we all face.”

The inspiration of this Macbeth interpretation came from the Shakespeare’s Globe Theatre in London. Darling’s vision incorporated several of the Globe-inspired elements to provide a similar experience for this audience. “These elements included a thrust stage configuration, a two-story set modeled after Shakespeare’s Globe, live sound and music, direct interaction between the actors and audience, and a jig at the end of the play,” said Darling. She added, “In my vision, the true horror in the play is not that Macbeth kills the king but the recognition of our own humanity in Macbeth’s actions.”

Darling was grateful to work with the designers for the various parts of the performance, as well as all the cast and crew members of the theatre department. “We felt such powerful electricity onstage, and we were grateful to do this work from within our faith lives,” she expressed. “I feel privileged to have worked with such a talented and dedicated cast and crew.”

Her favorite part was working within the Christian context, where she and everyone else worked to incorporate and integrate their faith into the art of theatre. “I believe the stage holds a powerful opportunity to embody truth as we explore the struggles of being human and the even greater storyline of humanity: a story of brokenness, love, rescue, and lasting victory,” said Darling.

The theme for the theatre department this year is “Resilience and Rebirth.” “Macbeth” is dark, bloody, and foreboding—yet at the end there is a light of hope. “In the final battle,” explained Darling, “Macduff casts out evil with one fell swoop of his sword, restoring order to Scotland and declaring the time to be free. How do we emerge from the chaos of the world around us? How do we cling to hope through despair? How do we shift our focus from our finitude and frailty to God’s enduring mercy and grace? I was captivated by many of Shakespeare’s insights in “Macbeth,” and I hope our audience also finds this to be true as they reflect on our production and theme this year.”

As the play ended, Macbeth’s crown gleamed in the light as it was held high by MacDuff. The tyrant of Scotland was slain, and now the country could rest. The lights fade away as Malcolm, the new king of Scotland, looked on with a fire in his eyes. The crown, resting upon his head, gave one last glimmer—a glimmer of hope. 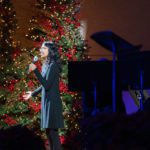 Join Us for Christmastide – Let Heaven and Nature Sing!