Alum Returns to Business Classrooms to Share Experience and Insights 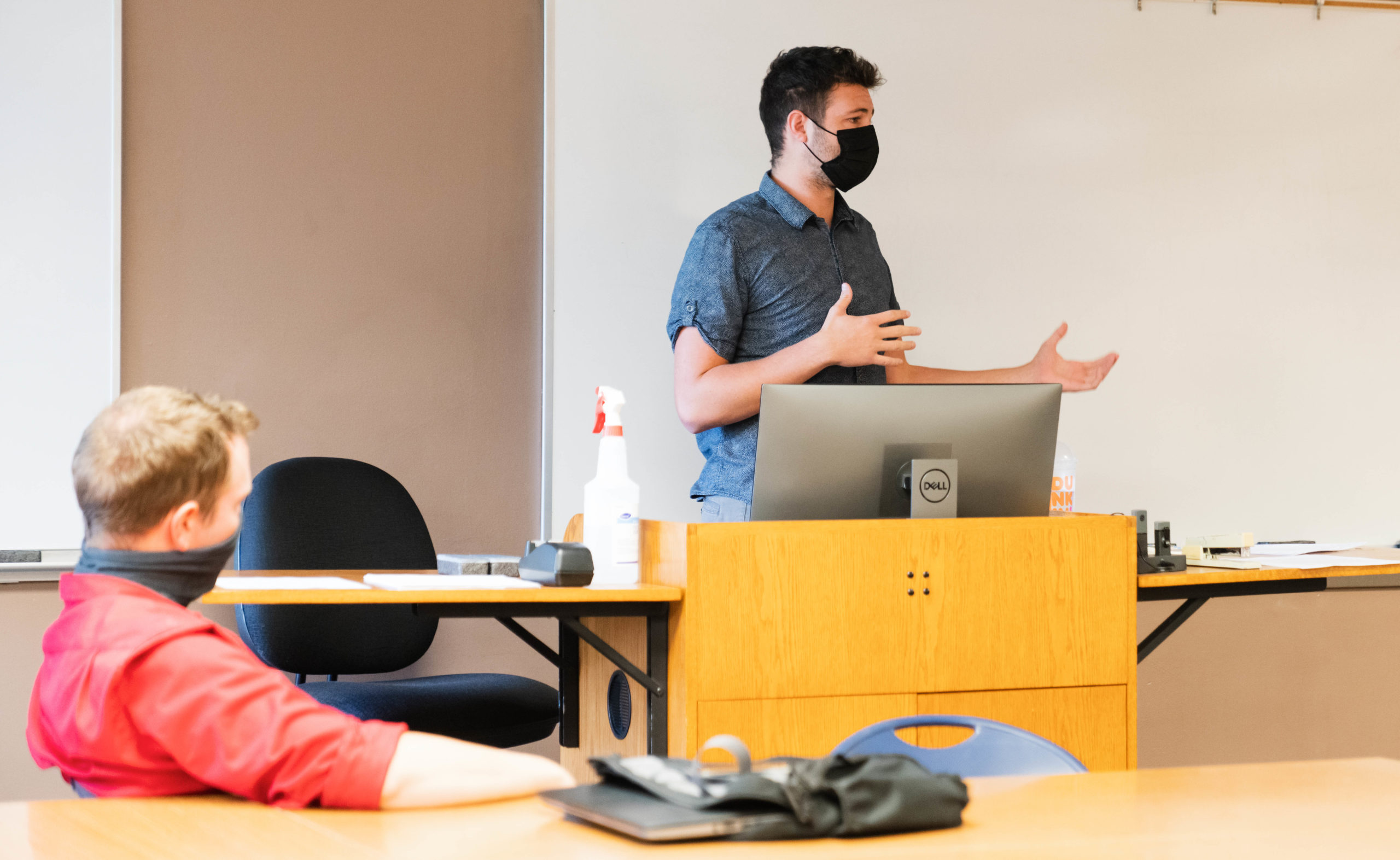 During his time at Trinity double majoring in finance and marketing, Zach Fitch ’18 didn’t plan to become an influencer or work for one of the biggest TikTok marketing agencies in the world. Yet since graduating from the College and doing a career pivot when COVID-19 hit last year, Fitch has achieved those objectives and more.

Fitch recently returned to campus from his base in Los Angeles to share his story, offer career advice, and provide insights into social media to several classes of business students.

In early 2020, Fitch was selling legal products to businesses and consumers. “Then COVID hit, and I lost 70% of my business in a couple of months,” he recalled. Around that time, Fitch’s younger brother challenged him to see who could get the greatest number of TikTok followers. As Fitch remembered with a laugh, he had some time on his hands and didn’t want to lose to his little brother. So, he began creating TikTok videos. “It started as a joke, but I began building a following,” he said. Once he reached more than half a million followers, he started getting offers from companies to promote their brands. Yet TikTok is still a new platform, and there are few guidelines or other people working in that space who could offer advice and guidance. “It is the Wild, Wild West,” he said.

Those experiences led to his current position as director of campaign execution at Ubiquitous Influencer Marketing, one of the largest TikTok influencer marketing agencies in the world. Ubiquitous works with content creators, as well as major brands like Disney, American Eagle, Netflix, and Lyft. For Fitch, his work is an extension of his Christian faith. “The whole reason Ubiquitous started is so creators don’t get taken advantage of,” he said. “We want to ensure that everyone gets treated fairly.”

Fitch demonstrates the importance of being flexible, according to Assistant Professor of Business Omar Sweiss. “I’m a big believer in experimenting and adapting,” Sweiss told students during one of Fitch’s presentations. “Zach had to adapt, then adapt again.” 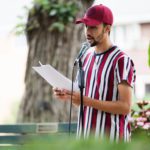