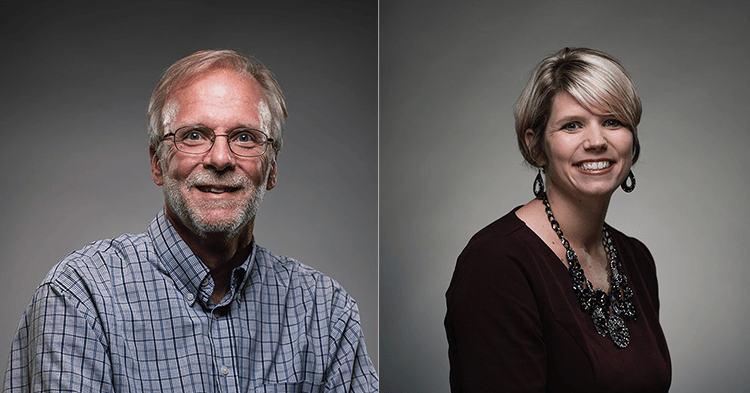 A new organization on Trinity’s campus called Cooperativity: Science and Religion Club launched its first event, a discussion entitled “Does Animal Testing Further the Kingdom of God?” on Sept. 12. This friendly debate presented two well-explained arguments on the topic.

Dr. Robert Boomsma, Ph.D., Professor of Biology and Chair of the Science Departments, argued that animal testing was ethically and morally acceptable, under the right conditions. While asserting that animals deserve respect as part of creation, the crux of his argument fell on the idea that we are created in the image of God; animals aren’t. “That effects a different relationship with God, and I think it affects our moral responsibilities, as well,” said Boomsma.

Boomsma’s fellow panelist Dr. Cini Bretzlaff-Holstein, DSW, Associate Professor of Social Work, Director of the Social Work Program and Department Chair, took the opposite stance. She countered that animal testing is not morally justified because animals have God-given rights and belong to God rather than humans. She argued that our role as humans is not to dominate animals but to care for them. “This care is a reflection of God’s empathy and compassion, a fulfillment of God’s plan for us as humans,” she said.

In an interview after the discussion, both professors reflected that this event was a positive and encouraging experience. Bretzlaff-Holstein remarked, “Being invited to be a part of this conversation means a lot because my colleagues and I respect what each person brings to the table, and we’re even able to find some commonality.” Boomsma echoed this sentiment, saying “There were two people here—both Christians—who had different views, but we were able to sit down and talk about it. And it shows that we’re really not as far apart as what it appears.”

The debate about animal testing was a thought-provoking cross-disciplinary event. Cooperativity president Emily Homman ’20, said that the event was exemplary of what the organization hopes to do in the future. “We have two books to interpret God’s plan for us,” said Homman. “One is the Bible, and one is creation. Cooperativity is about bringing them together, so we can get a whole picture of what God is doing and what God wants us to do.”

Cooperativity’s next event, “The Language Around Climate Change,” is scheduled for Wed., Sept. 26 in the Vermeer Fireside Room with Dr. Bosscher and Dr. Keeley-Jonker. 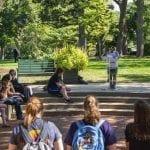