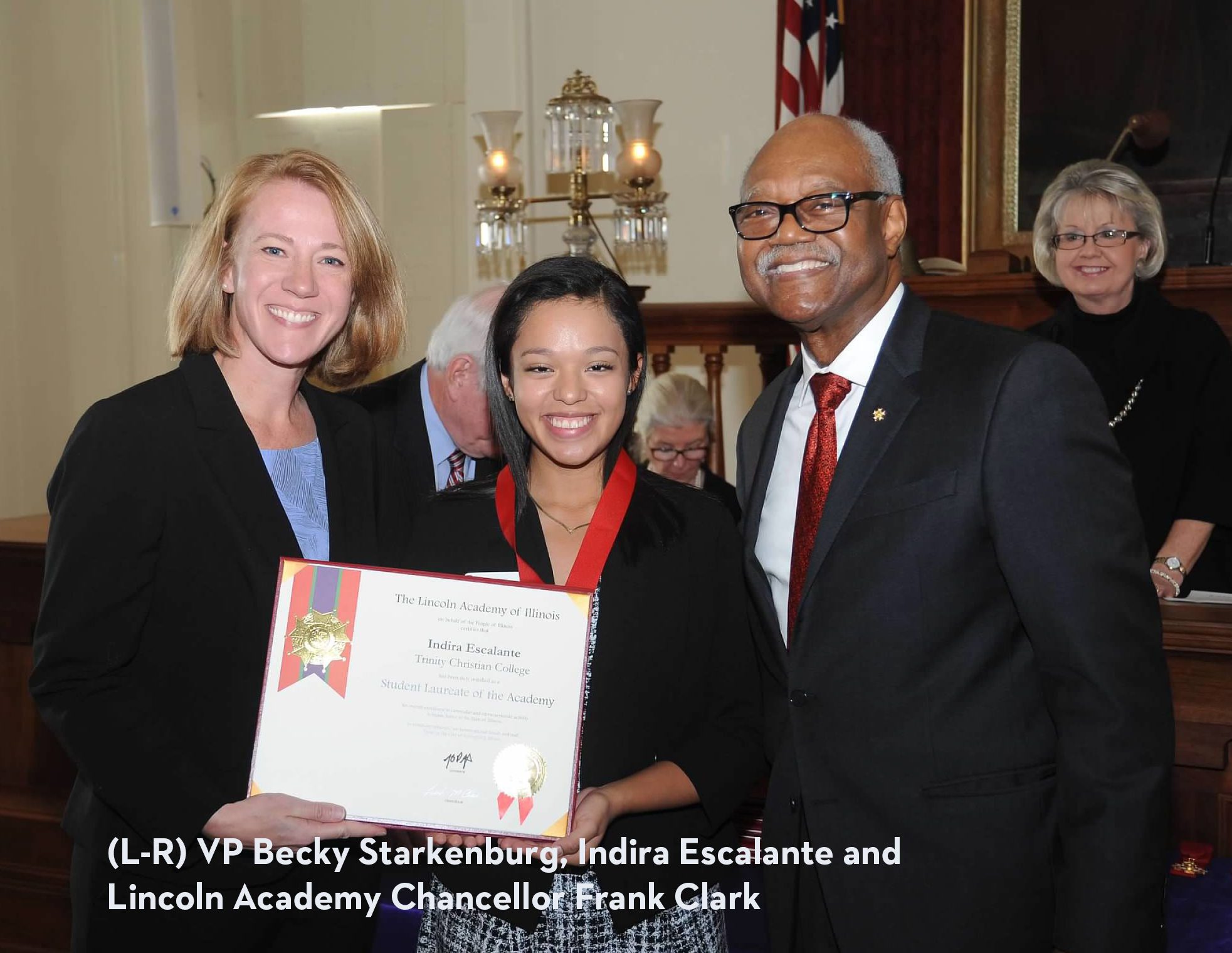 Trinity is pleased to announce that Indira Escalante ’19 has been named Trinity’s Lincoln Laureate. Escalante was honored at the Lincoln Academy Student Laureate Convocation Ceremony on Nov. 16 in Springfield, Ill.

An accounting major and theology minor from Hoffman Estates, Ill., Trinity’s selection committee lauded Escalante for her leadership roles at the College, including as an intercollegiate student-athlete in golf, a member of the multicultural student leadership team, a founding member of a campus club called Women Empowered, vice president of administration of the Student Government Association, a student representative on the Campus Diversity and Unity Committee, and as a student mentor for incoming transfer students in Trinity’s Foundations 111 class. “She possesses a rare combination of gifts that span excellence in the field of accountancy, a complex understanding of social justice, a commitment to public service, and diverse contributions to the communities she serves,” the committee noted. “She has demonstrated a commitment to the public good for all people in ways that have garnered the respect of her peers, faculty, and staff in every context in which she serves. This is a remarkable gift to the Trinity Christian College community.”

Escalante, who was joined in Springfield by Becky Starkenburg, Vice President for Student Life, and her parents Lesly and Jose, said she was surprised and honored to be named Lincoln Laureate. “My first reaction was that I don’t deserve it,” she said. “There are so many students here at Trinity to choose from.”

After graduation, Escalante plans to sit for the CPA exam and go to work as an accountant with a major firm. 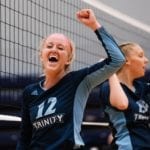