New Play by Alum Premieres This Week on Trin Trail 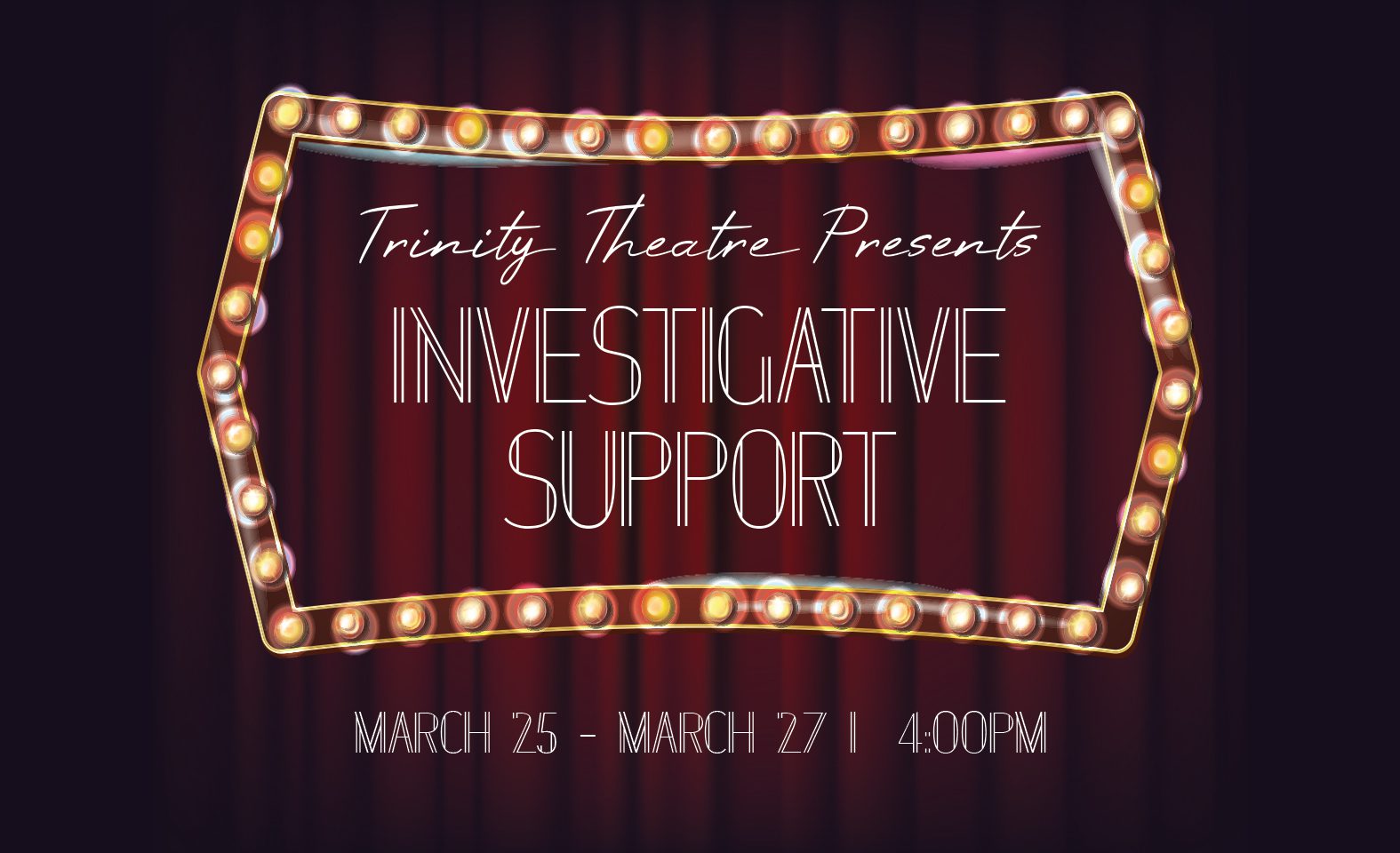 For playwright, director and Theatre Program Coordinator Emma (Darcy) Schneider ’19, unconventional times have led her to create an unconventional theatre experience. Schneider’s new play, “Investigative Support,” will be premiering at Trinity from March 25-27.

“‘Investigative Support’ is an immersive play, which means that the play gets to break a lot of traditional theatre rules,” according to Schneider. Rather than being staged in the Marg Kallemeyn Theatre in the Art & Communication Center, it will be outside on the Trin Trail. Audience members will interact with the actors and decide what happens, in a dynamic “choose your own adventure” approach. And the play has five possible endings!

While Schneider majored in English education at Trinity, she has always had a love of theater and was deeply involved in Theatre Club at the College. After a year of teaching at the high-school level, she felt drawn back to the arts. Along with serving as Trinity’s theatre program coordinator and directing and writing “Investigative Support,” she is currently working towards her master’s degree in performing arts at University of Chicago.

The opportunity to return to Trinity as theatre program coordinator evolved after speaking with Associate Professor of Communication Arts and Director of Theatre John Sebestyen, Ph.D. over the summer.

“Dr. John has been a one-man show when it came to running the theatre department. But he realized he didn’t have to do it all,” she said. That led to conversations about developing a part-time role. With the COVID-19 pandemic, her grad school classes have been mostly virtual this academic year. “I love this community, and it worked out to take on the position. I started last September.”

As theatre program coordinator, she handles many of the logistics for Trinity’s plays, as well as for Theatre Club. She also served a key role in organizing the annual Trinity Arts Experience for high school students.

Schneider has also become involved in the creative side. Her new play rose out of work for her master’s thesis, which focuses on the role of audiences. “I began researching different types of theater, and I was looking for an immersive play that could take place outdoors in order to be more COVID compliant.”

When she couldn’t find one, Schneider decided to write her own. While she has written shorter pieces, including for Trinity’s annual 24-Hour Theatre Project, this is the most in-depth piece she has ever written.

And although Schneider has also directed before, she has never directed her own work. “I don’t have the same distance with the material,” she admitted. She credits the actors in the play for helping her develop the piece and identify new nuances and opportunities.

COVID restrictions continue to shape “Investigative Support.” While the play is taking place outdoors, Chicago’s winters have required rehearsing inside. And the play is also designed to allow proper social distancing between actors and audience members, adding a new layer of physicality to the work.

Schneider is excited about these opportunities to break some of the rules of theater with this play—and especially to do so at Trinity. “I’m so glad to be back here in so many different capacities,” she said. “Trinity has always been a strong home to me. I’m blessed to be here.”

“Investigative Support” will be performed at 4 pm on Thursday, March 25, Friday, March 26, and Saturday, March 27. To learn more, visit the Box Office. 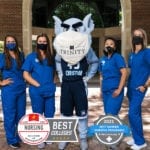