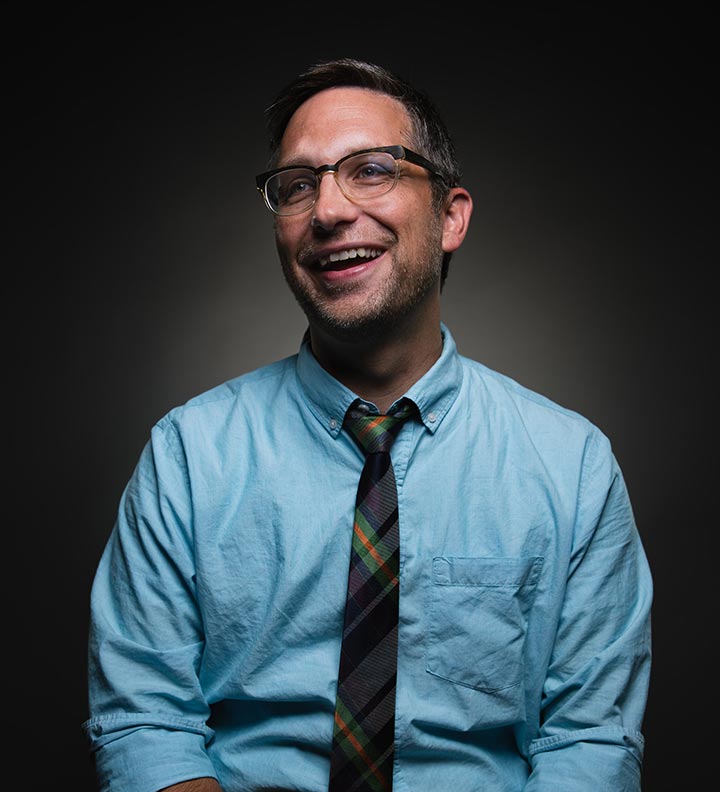 At the 2019 Association for Theatre in Higher Education’s (ATHE) annual conference in Orlando, Dr. John Sebestyen, associate professor of communication arts and director of theatre, took part in two sessions: “Getting Physical: Encouraging Physicality in Young Actors” and “Never Forget: Teaching the Holocaust Through Theatre.”

For the panel on physicality, Sebestyen spoke about “Increasing Awareness of Our Own Physicalities: Coaching Newer Actors to More Fully Inhabit Their Own Bodies Onstage.”

The issue is a particularly interesting one at a smaller college like Trinity, where many participants in the theatre program are not necessarily also studying theatre in the traditional classroom.  “Focusing on acting strategies for how actors can more fully embody characters onstage is an important component in connecting with the humanity of these characters,” Sebestyen said.

For the panel on Holocaust theatre, Sebestyen spoke on “Alertness to Oppression: Directing and Teaching Holocaust Plays in an Interdisciplinary Liberal Arts Context.” His fellow panel members included Dr. Alvin Goldfarb, a nationally known theatre educator and administrator. Among other topics, Sebestyen talked about directing “Andorra” at Trinity in November 2015. The play, by Max Frisch, explores anti-Semitism in a European village 15 years after World War II.

The theme of the 2019 ATHE Conference was “Scene Changes: Performing, Teaching, and Working Through Transitions.” ATHE is a comprehensive non-profit professional membership organization. Founded in 1986, ATHE serves the interests of its diverse individual and organizational members, including college and university theatre departments and administrators, educators, graduate students, and theatre practitioners.