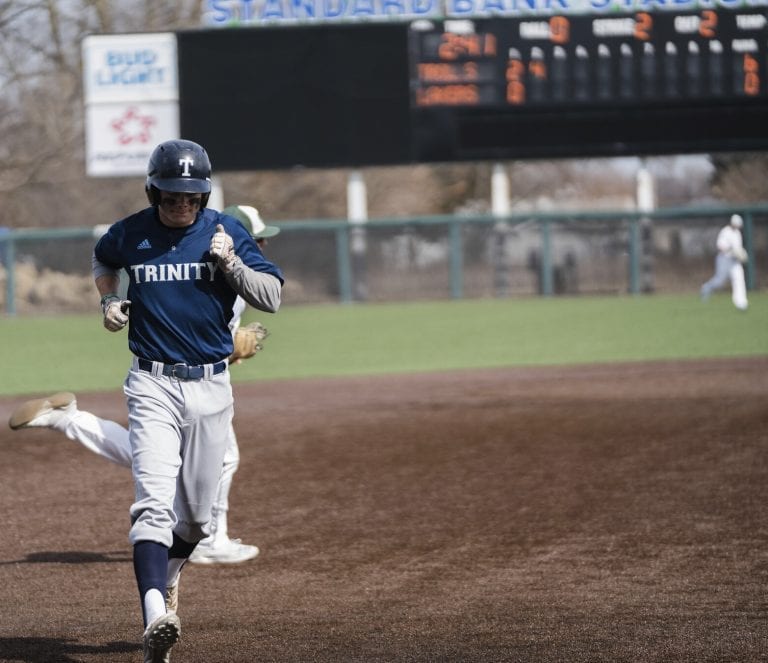 With a double-header victory over Hannibal-LaGrange University of Hannibal, Mo., on May 11 in the NCCAA North Central Region Championship, Trinity advances to the NCCAA World Series on May 22-25 in Easley, South Carolina!

The top-seeded Trolls faced Hannibal-LaGrange in a double-header of seven inning games before home-team fans at Schaaf Fields. The first game needed two extra innings before the Trolls took a 4-2 win on a walk-off home run. In the second game Trinity shut-out the Trojans with a 5-0 final.

Through the first three innings of the first game Trinity did not give up a hit and allowed only two runners on base.  The Trolls had a runner on base in each of the first two innings, but first got on the scoreboard in the third inning. With bases loaded Jake Tholl singled to left field to drive in two runs that gave the team a 2-0 lead.

Trinity threatened to score in each of the following innings of regular play and left bases loaded in the bottom of the fifth. In the top of the fifth the Trojans connected on three hits to score two runs to tie the game. When neither team broke the deadlock after seven innings the game went into extra play.

The eighth inning was scoreless and, despite two hits by Hannibal-LaGrange, so was the top of the ninth. With one out and one runner on base in the bottom of the ninth, Chris Baker set a ball over the right field fence for the two-run walk-off homer that gave the Trolls the 4-2 win.

Trinity ended the game with nine hits and Hannibal-LaGrange had seven. Baker had three hits and Sam Herzog had two. Dan Vos pitched the first seven innings and Bryan Vanderlee stepped for the win with the final two innings.

The second game had plenty of action on the base path in each inning, but after four the score was still 0-0.  Herzog doubled to start off the top of the fifth inning and eventually scored on a throwing error to put the Trolls on the board. In the following inning the Trolls registered three hits, of which two were bunts, and scored four runs to take a 5-0 lead. Ryan Stejskal singled for one RBI and, with bases loaded, Herzogsingled for two more runs. The next run came in on a fielder’s choice from Baker.

The Trolls registered 12 hits for the game and the Trojans had five. Herzog led the team with three hits while Will Kulcher and Stejskal each had two.  Christian Howell threw the first five innings for the win and Mike McIntyre finished the game.

Trinity will be in a field of 10 teams at the NCCAA World Series. More information on that national championship will be released as other regional play is completed. Click here for NCCAA region tournament results. 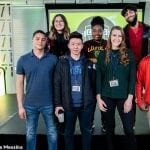