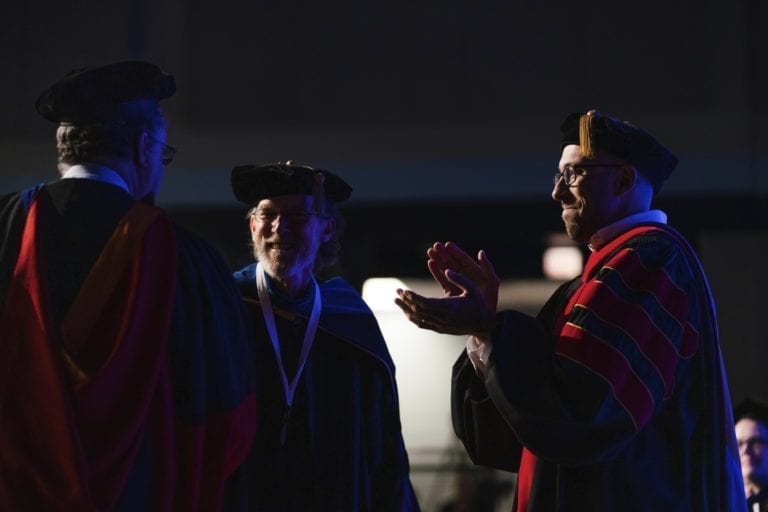 Roose received his Ph.D. in 1982 and his M.S. in 1975 from Stanford University and his B.S. from the University of Illinois in 1974. Before joining the faculty of Trinity, he taught at Chicago Christian High School for six years and worked in the public and private sector for more than 20 years, including for ARCO Oil and Gas Co., the Gas Research Institute, and the Wisconsin Department of Natural Resources. He has one patent, many trade secrets, two books, and more than 25 technical publications to his credit.

Roose’s emeritation proclamation cited his “significant academic formation along with several decades of professional preparation to teach all of the courses of the physics minor, the Foundations physical science courses, and courses in science education.”

It also pointed to his service as Chair of the Physics Department since the inception of the position; providing leadership and advocacy for his discipline, including successfully developing the minor in physics; his creative work with institutional partners to develop the Engineering 2+2 program, including formal partnerships with the University of Illinois – Chicago and Geneva College; his expertise and wisdom to multiple campus and faculty committees including CESAG (Campus Ecological Stewardship Advisory Group), Teacher Education Committee, FLUTE, and an HLC committee; his tireless advocacy for wise stewardship of God’s creation on campus, at his church, and in the broader community; his leadership of interim courses to Costa Rica to study rainforest ecosystems; and his faithful contributions to First United Methodist Church of Downers Grove, and the community through leadership in advocating for Christian environmental stewardship, his hours given to Public Action to Deliver Shelter (PADS), and his involvement with his church choir.

Vander Weele ’73 joined Trinity’s faculty in 1986. He has served the College as English Department chair, director of professional development, and co-founder of OPUS.

His emeritation proclamation stressed his commitment to scholarship, teaching, and service that has “shared his love of literature and language with the Trinity Christian College community, continually encouraging the College community to worship the Triune God through the radiance of words.”

Among his many contributions, Vander Weele served as a chief architect of the English department through curricular innovations that include apprentice-style courses modeled on the British tutorial method; planted numerous clusters of trees throughout the grounds, and designed a garden and curved brick path in the green commons south of Groot Hall in memory of Albertena Vander Weele; cultivated the community through collaborative writing projects with students, such as the published books Tasteful Diversity: The Stories Our Foods Tell and Voices of Redemption; organized the “End of Life Care” conference, the Edward Vander Weele Educational Lecture Series, and the annual Freshman Lecture event; produced a long career’s worth of scholarly publications, most notably on “the hospitable text,” the fiction of Marilynne Robinson, and the theology of John Calvin; served as an annual lecturer for the Association of Reformed Institutions of Higher Education; as member of the Advisory Council for the Illinois Board of Higher Education, the Ines and Calvin Seerveld Arts in Society Fund, and the national CCCU Faculty Development Board; shepherded students across the years, guiding many toward flourishing careers in literature and language; made his home an extension of campus: often hosting faculty reading groups in his living room and hosting yearly backyard barbecues for English students; and been a persistently encouraged mentor, a supportive colleague, a wise problem-solver, and a good friend to many on campus, leading in word, life, and deed. 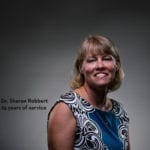