Trinity's Board of Trustees Shares Statement about Racial Justice and Equity

Trinity’s Board of Trustees and President Dykstra shared this statement to the community today:

On Thursday, June 18, the Trinity Christian College Board of Trustees gathered virtually for a special meeting.  While that meeting was originally intended for the Trustees to keep abreast of the effects of the COVID-19 global pandemic and Trinity’s operations and future planning, those vital topics were largely set aside and the Board instead spent its time discussing the issue of racial justice and equity, nationally and at Trinity.  While the killing of George Floyd in Minneapolis was the immediate catalyst for the awakening of the national conscience, racial injustice is broader and deeper than one event caught on video.

We issue this statement as neither the first nor last word from the College on these pressing matters.  Rather, we share this statement with the Trinity community following our special meeting so that Trinity’s principles and values are clear and unambiguous.

–To unequivocally state that racism is evil and an affront to true Christian witness and practice and that racism, as well as the injustice that flows from it, remains a real, present, and pernicious problem in our world;
–To recognize that the marks of racism and injustice in our society are disproportionately borne by persons of color, and especially among Black Americans;
–To further affirm Trinity’s commitment to justice, diversity, and the flourishing of all peoples as persons created equally in the image of God, as expressed in the College’s Mission Statement as well as in its Commitments both to Unity and Diversity;
–To humbly confess that the Trinity community like the rest of society is desperately in need of a Savior and that at times individually and collectively we have not lived up to our aspirations pertaining to Diversity and Unity, causing hurt to those whom God calls us to love;
–To clearly reaffirm that the Christian vision for this College inescapably means that Trinity values every member of this community as made in the image of God – and that, when, as now, it is clear that particular groups such as Black students, faculty, and staff are uniquely at risk, that we proclaim without equivocation that their lives, their dignity, and their intrinsic worth matter to God and to us all.  We believe that Black lives matter because we believe the Gospel of Jesus Christ.

We are aware that many conversations have been occurring throughout the campus community pertaining to matters of race and injustice, barriers and equity, hopes and frustrations.  Trustees have been a part of some of them.

This is an important moment to assess again where Trinity has come from, where it is at, and where it needs to go so that it more fully embodies the distinctly Christian vision that has guided, inspired, and corrected it for more than sixty years.  This examination is not new; it has been occurring for years with real progress happening in awareness, education, personnel, policies, and practices.  But as our conscience is raised nationally and at Trinity in this moment, we must also think and act anew, anchored by the courage to seek the truth and buoyed with the grace to see the deep imprint of God in one another.

To that end, at Thursday’s Special Board Meeting, the Board of Trustees committed to an initial series of actions, including:

–Convening a working group of the Board of Trustees to examine the Board’s practices and policies to ensure that it is embodying these commitments to anti-racism in its own actions and holding itself accountable if it falters;
–Calling for a review of, and a revision to, the College’s statements on Diversity and Unity, as well as a rededication to those statements and the actions that they call forth;
–Developing an actionable plan focused on racial equity at Trinity that incorporates and expands upon the institutional efforts already underway to root out barriers to access and impediments to equity; sets clear and transparent goals that the College community collectively will work toward; and holds ourselves accountable to their implementation over the next year and beyond;
–Committing to more frequent and transparent communication to the Trinity constituency about the College’s ongoing efforts and initiatives to more fully realize its Christian mission, including areas where it falls short of that mission;
–Reaffirming that the demand for racial justice flows from the College’s Christian mission, must be shaped by it, and must be deepened because of it.

This is a preliminary set of actions and is not meant to be exhaustive.  The Board will expand its conversation with others on campus, especially as the College anticipates returning to in-person operations in the fall.

Trinity’s uniqueness as a small college with a close-knit community provides the opportunity for personal relationships that can be formed in working together to seek God’s will for ourselves, each other, and the College. The community, personal connections, and vulnerability required to have difficult conversations like these in love will be the hallmark of our approach as we move forward in a uniquely Trinity way.

Every time our name – Trinity – is uttered, it is a reminder that the Triune God delights in both unity and in distinctiveness.  Our motto, Unum Deum in Tres Laudamus Te (“One God in Three, We Praise You”) lights our path.  This is a moment for confession and lament when we, personally and corporately, have not lived fully into our own commitments to unity and diversity – but it, too, is a time for resolve and anticipation that we, as individuals, as a community, and as an institution, can become more fully faithful to God’s call upon us.

Laura Zumdahl, Ph.D.
Chair, on behalf of the Board of Trustees 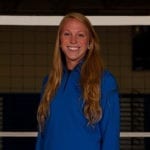