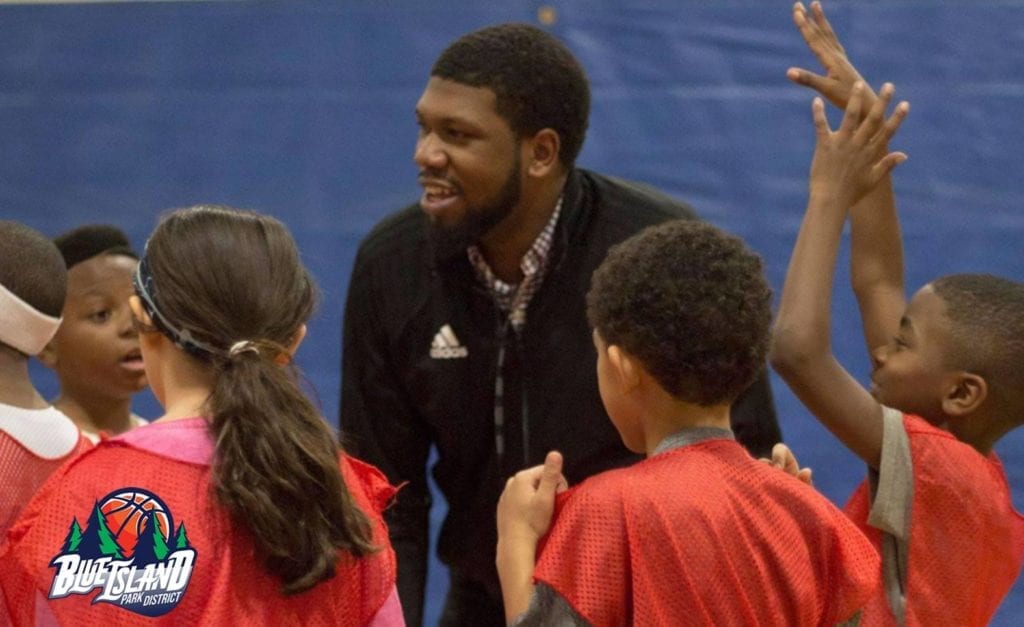 Although college was never high on his list of priorities, Joshua Edwards ‘15 was the first in his family of six to attend college. “There were high expectations set in place for me,” Edwards said. “I can see how that pushed me to be the person I am today.”

Edwards was invited to attend a college fair by a friend on his basketball team at South Side Baptist School in Oak Lawn, Ill., which is where he learned about Trinity. After experiencing campus life during a visitation weekend, he knew this was the right next step for him.

The transition to college life was challenging for Edwards. “I didn’t focus much on academics leading up to college, I just wanted to play sports,” he said. Trinity recognized his potential, however, and offered the opportunity for Edwards to enroll with some ongoing academic support throughout the first semester as a member of Trinity’s Bridge Program. “I learned the expectations of professors, how to study properly, and how to take a test – and I also made friends through the program.”

This led to Edwards being hired as a mentor for the Bridge Program during his sophomore year, where he partnered with the Office of Learning Services to provide input and leadership to incoming freshman. “This was a great opportunity to grow as a leader and learn how to lead college freshmen,” Edwards said.

Edwards was also hired as a student assistant coach for the women’s basketball team at Trinity after an injury pulled him off the court. Former coach Reginald Chapel, who was also one of Edwards’ professors, saw the potential in his leadership abilities and provided Edwards the opportunity to coach. “It was the first step for me in understanding how to be a professional while in college,” Edwards said. He and Chapel continued their mentoring relationship and still keep in touch today.

Originally desiring to become a physical therapist, Edwards soon realized his passions were elsewhere. After receiving guidance from Dr. Shari Jurgens, department chair and associate professor of physical education, Edwards declared a major in sports and exercise science. “I really enjoyed the program and having access to the professors. They really cared about me; I wasn’t just another student,” Edwards shared.

Jurgens also played a pivotal role in connecting Edwards to an internship with the Blue Island [Ill.] Park District (BIPD), which led to him being hired as the recreation coordinator the day after graduating from Trinity. Jurgens shared, “Every student completes an internship or practical field experience, and we work hard with the students to find the perfect match for something they want to do after they graduate. In Josh’s case…he made a connection at the Blue Island Park District and proceeded to impress them so much with his work ethic, knowledge of recreation, and kind demeanor, that he was hired soon after the internship. In fact, he has helped me get more students into the BIPD as interns since then. I still use his story as an example to my current students.”

Edwards has since moved up to fill the role of recreation director. With 15 full-time staff and up to 100 summer employees that he oversees, Edwards has a full plate. “When I started, there wasn’t really a recreation department; I became a trailblazer for our department.” He also spends his workday focusing on building the brand of the park district through its social media presence, planning community events, educating staff, and finding sponsors. Just recently, Edwards connected with Major League Baseball’s Chicago White Sox to request their help in supplying uniforms and hats, and to help pay off capital projects for baseball fields in Blue Island.

“I realized throughout my time at Trinity that one of my callings is to help people; now I have a job where I’m able to help,” Edwards said.

Edwards’ hard work paid off in a big way recently: He was named one of National Recreation & Park Association’s 30 under 30, which recognizes “the 30 best and brightest young park and recreation professionals in the field.”

One of Edwards’ passions is having minority representation in parks and recreation. “In order to really serve the community–from planning, to programming, to staffing–I think we have to have a diverse staff. As I’m moving forward in my career, I’m realizing that there are very few black people my age that work in parks and recreation.” Edwards is using his platform to help others understand why it is so important that community leaders are a reflection of the people living in the community.

Edwards also fills the role of basketball coach for young boys in Blue Island. He finds fulfillment in coaching these kids and being a positive role model in their lives.

One example of this can be seen in his relationship with a 73-year-old woman who is guardian to her two young grandsons. “She asked me to connect with these kids since they didn’t have a male figure in their life,” Edwards recalled. “I’m able to speak to them at their level and connect with them in a way others might not be able to. I’ll likely be in their lives forever.” This story could be replicated for many other kids Edwards has coached.

After receiving his MBA in sports administration from Concordia University Chicago this past December, Edwards is motivated to continue growing in his career. “There was a point when I was a freshman when I didn’t think I’d ever get my master’s degree or be a director in parks and recreation, but my faith has continued to lead me into positions to lead and help others,” Edwards said. “Once I achieve a goal God has for me, He will give me another one to work toward. I know He has a path for me; I want to stay on that path and ensure I’m connected with Him.”