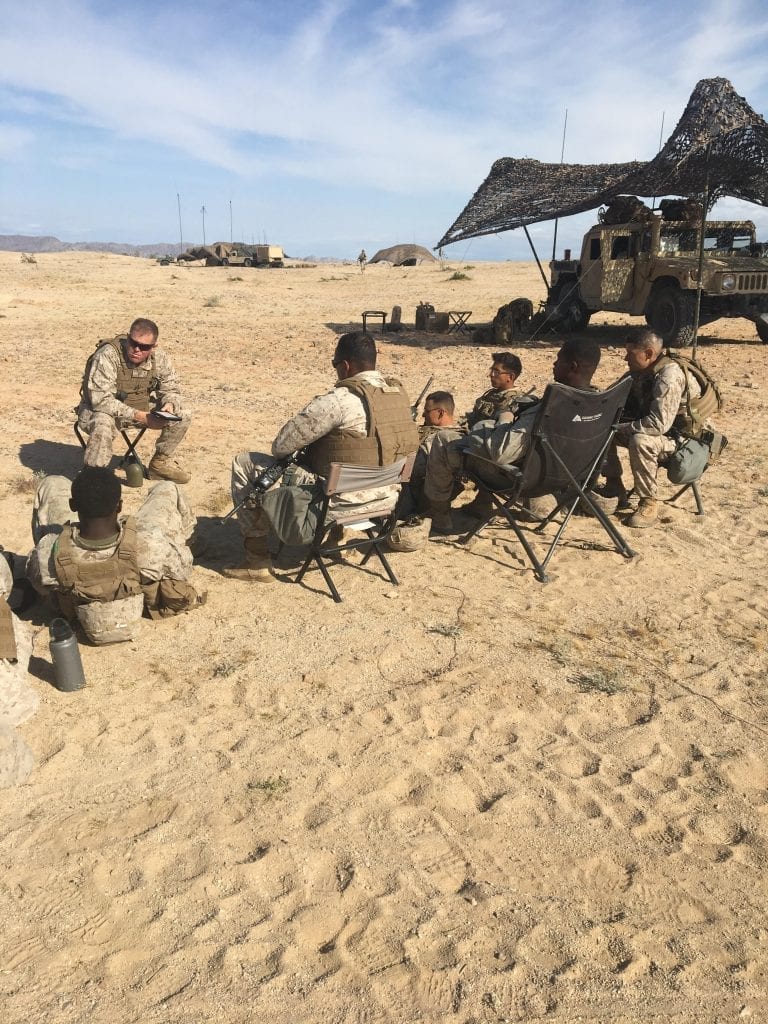 Thousands of miles from where he grew up, Lloyd Wicker (‘97), his wife Heidi (Boeck ‘98), and their three children make their home in Sicily, Italy where Lloyd is stationed as a Navy Chaplain. His upbringing in the Church, impactful experiences at Trinity, and further education all led him to where he is today.

As a Navy Chaplain, Lloyd ministers to active service members in the Navy, Marine Corps, Army, Air Force, and NATO forces. He spends his time like any other pastor would: preaching on Sundays, visiting with service members and their families, and attending meetings. But the heart of his job is centered around pastoral counseling. “No other job in the Department of Defense has the same level of confidentiality,” Lloyd shares.

Growing up in Chino, Calif., Lloyd was introduced to Trinity by a board member at the time. “I saw such great value to going away for college.” So he did just that — he made the decision to move across the country and begin his journey at Trinity.

Desiring to serve others as a nurse, Lloyd was drawn to Trinity because of the 4-year nursing program, not to mention the smaller campus and being tucked close to the big city of Chicago. He was called away from nursing when Dr. Dave Larson, former professor in the church education program, asked Lloyd and a few others to take an introductory program he was starting. It was during this time that Lloyd realized his passion for church education and decided to change his focus to double majoring in church education and psychology.

During his time on campus, Lloyd gravitated to campus activities involving music. “I was part of a group of people that liked to get together for worship in West Hall basement,” Lloyd recalls. This eventually grew into Trinity’s weekly praise and worship gathering: Outcry. “It was meeting a need none of us foresaw when we started; it was pretty exciting to see.”

He also remembers the way professors knew the students by name and something about you beyond how you were performing in class. “I really appreciated being in a place that I could know and be known.”

His time at Trinity led Lloyd to further education. He received his master’s degree from Calvin Theological Seminary and his doctorate from Fuller Theological Seminary. Before moving to Italy, Lloyd pastored churches in Sunnyside, Wash., and Ripon, Calif.

“One of the things I appreciate most about the liberal arts education is how much God’s fingerprint is integrated into every subject of study,” he says. During his doctoral studies, Lloyd’s focus on missional leadership continued to reinforce the idea that God is at work everywhere and in all things. “That’s been an important thing for my work here, too. Recognizing this truth changes how you wake up in the morning and face your day.”